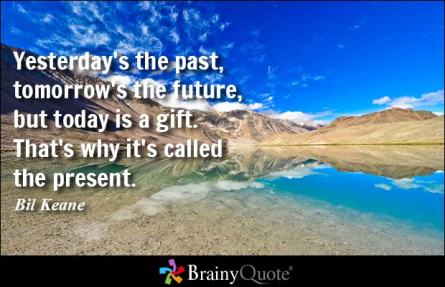 I have PTSD  not a shocker there and I awhile ago Me and my Best friend broke up from dating.  She got married I’m still single. NO that’s not what this is about.  It’s about holding onto “Things”.  I’m talking about cloths, and stupid things that in the long run really are of little value.   Example I lived with friends of mine for a time and one of my friends spent 3 hours sawing a pair of pants back together because I could not let them go.  yes I said that a pair of pants.  I’m not talking about pictures or rings or jewelry.  Clothes, belts, shoes, lighters (non metal ones).  So some force is making me leave that crap behind last night my lighter broke My former bought me.  Today my belt broke.  Ok I lost 75 pounds sooooo  I needed to replace it any ways.  Her and I chat, we are not bitter we do not fight Any more and a hole lot less.  She is married I’m happy that I helped her find happiness.  I have posted how I have helped 6 people grow and have a new start on life.  As I said some never help one and a priest would say if they can save one soul their life’s work would be complete. I have 6.  I guess if I was a fighter pilot I would be an Ace plus 1.  So some power that I can not see is forcing me to leave the old behind.  Its a good thing I know.  Never said it was not just saying it hurts.  My arms still hurt.  I’m still cold.  I still hurt.  I can not carry that which is not mine.  I can only carry what is mine.  I will always lover her.   We stayed friends.  It could have been much worse.  So I go kicking and screaming into the future.  But I’m Going.
Advertisement

a day in the life